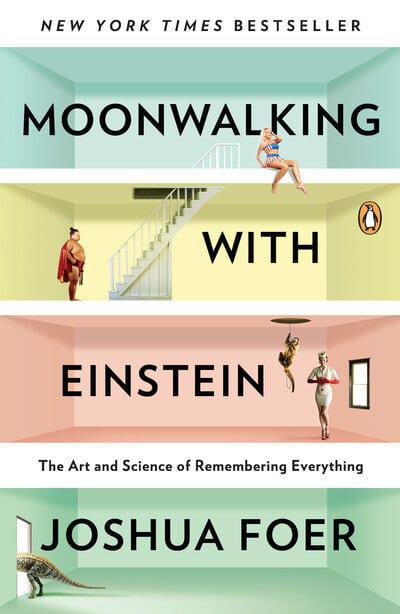 This book documents journalist Joshua Foer's journey to becoming the winner of the American memory competition within one year. Foer's story debunks the myth that you're either born with a good or bad memory.

“My own memory was average at best. Among the things I regularly forgot: where I put my car keys (where I put my car, for that matter); the food in the oven; that it’s “its” and not “it’s”; my girlfriend’s birthday, our anniversary, Valentine’s Day; the clearance of the doorway to my parents’ cellar (ouch); my friends’ phone numbers; why I just opened the fridge; to plug in my cell phone; the name of President Bush’s chief of staff; the order of the New Jersey Turnpike rest stops; which year the Redskins last won the Super Bowl; to put the toilet seat down.”

The key messages I walked away with are: (1) ordinary people can also get good at remembering things, (2) there are good reasons for why we should try to improve our memory, (3) there are a bunch of techniques out there that you can use to improve your memory.

1. You can and should improve your memory

Core argument: Anyone can become a memory champion!

Why should we bother remembering things in the world today when we have external memory aids (e.g. to do lists, phones, books) to remind us of things?

(1) It improves your learning:

The science behind memorization

"The principle underlying all memory techniques is that our brains don't remember all types of information equally well."

People are generally good at remembering images but terrible at remembering lists of words or number. Drawing on this, most memory technique "change whatever boring thing is being inputted into your memory into something so colourful, so exciting, and so different from anything you've seen before that you can't possibly forget it."

Theory behind this technique:

Examples/Applications: In US memory competition, competitors have to remember a stack of 52 cards that have been shuffled. This is how Foer memorised the following sequence of three cards: four of spades, king of hearts, three of diamonds.

Idea behind this technique:

3. How to keep improving in any skill

3 stages one goes through when acquiring a new skill

The key to keep improving is to keep out of the autonomous stage. How? PRACTICE FAILING. 1.) focus on technique, 2.) stay goal-oriented, 3.) get constant and immediate feedback.