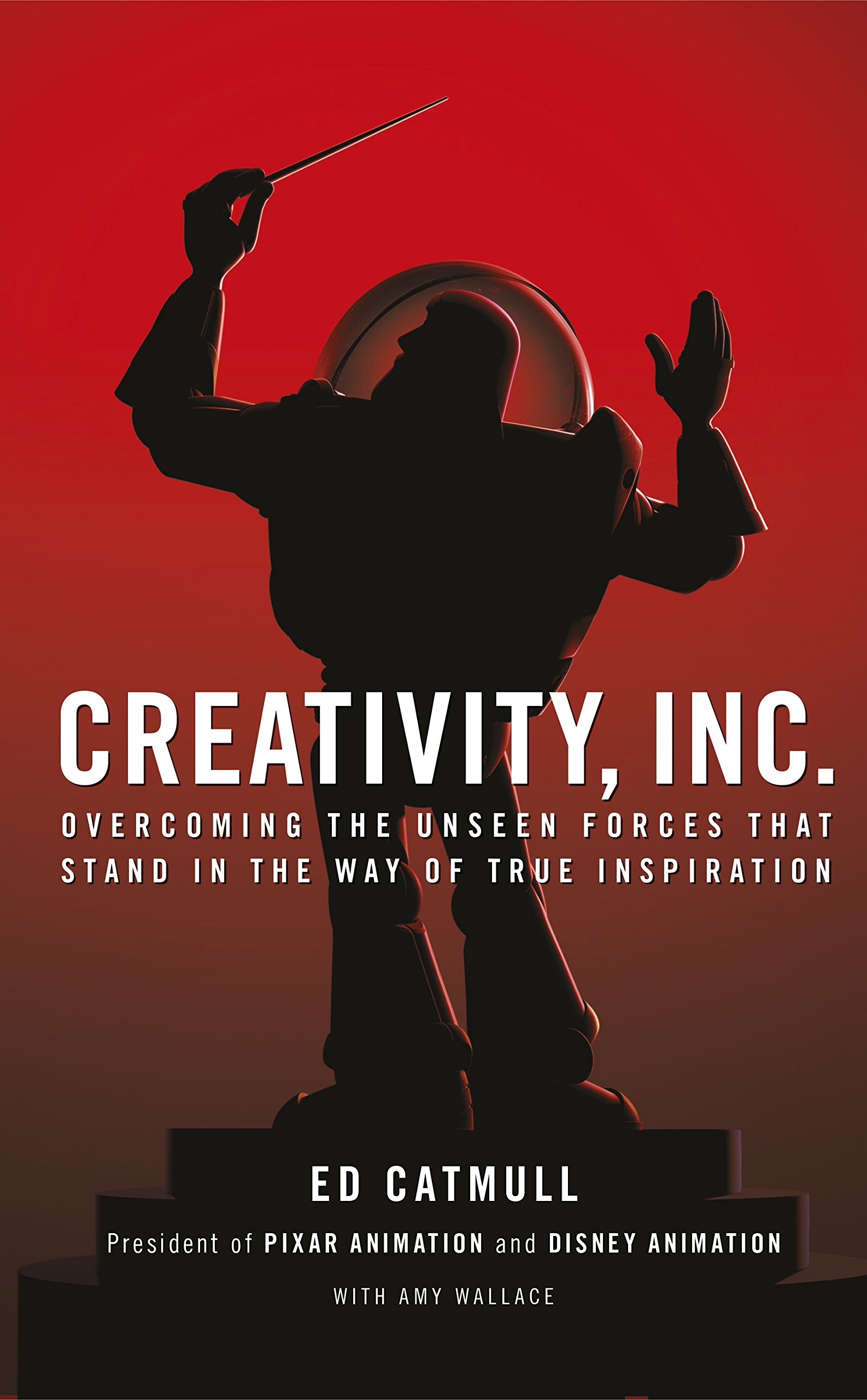 Ed Catmull is the man behind Toy Story, Monsters Inc, Finding Nemo, The Incredibles and more ... (i.e. some of the best animations made in the past two decades!) This is his story of dreaming of becoming a feature film animator as a young boy, to getting a PhD in Computer Science, to making the first ever computer-generated animation, and to founding one of the most successful animation studios ever.

The core thesis of this book is that everyone has the potential to be creative. It's a matter of putting in place systems and processes that unlock that creativity. This book summary covers the 3 main ways Catmull suggests we can increase our creativity:

(2) Trust the people you work with.

Core Message: Everyone has the potential to be creative!

Everybody has the potential to be creative! It's a matter of putting in place a culture and system where creativity can be encouraged.

I believe, to my core, that everybody has the potential to be creative—whatever form that creativity takes—and that to encourage such development is a noble thing. More interesting to me, though, are the blocks that get in the way, often without us noticing, and hinder the creativity that resides within any thriving company...The thesis of this book is that there are many blocks to creativity, but there are active steps we can take to protect the creative process.

Ed highlights 3 important steps to enhancing the creativity process in an organisation:  (1) encourage and accept risk, (2) trust the people you work with, (3) engage with and eliminate things that create fear.

Unleashing creativity requires that we loosen the controls, accept risk, trust our colleagues, work to clear the path for them, and pay attention to anything that creates fear. Doing all these things won’t necessarily make the job of managing a creative culture easier. But ease isn't the goal; excellence is.

Why is it important for creativity?

"Being too risk-averse causes many companies to stop innovating and to reject new ideas, which is the first step on the path to irrelevance."

There are many times when Pixar million-dollar investments into film and movie ideas turn out not to work and they have to shut down the operation.

“An untested director, an unfinished script—it’s easy to look back, after the shutdown, and say that those factors alone should have dissuaded us at the outset. But I disagree. While it cost us time and money to pursue, to my mind it was worth the investment. We learned better how to balance new ideas with old ideas, and we learned that we had made a mistake in not getting very explicit buy-in from all of Pixar’s leaders about the nature of what we were trying to do. These are lessons that would serve us very well later as we adopted new software and changed some of our technical processes.”

2. Trust the people you work with

Why is this important for creativity?

Everyone says they want to hire excellent people, but in truth we don’t really know, at first, who will rise up to make a difference. I believe in putting in place a framework for finding potential, then nurturing talent and excellence, believing that many will rise, while knowing that not all will.

I've made a policy of trying to hire people who are smarter than I am. The obvious payoffs of exceptional people are that they innovate, excel, and generally make your company—and, by extension, you—look good.

Catmull put a lot of effort into implementing a system at Pixar where workers feel comfortable in voicing and receiving criticism. This is implemented through the "braintrust" and through a system of "good notes". Both are an institutionalised system of trust which facilitates the giving and receiving of candid feedback.

We believe that ideas—and thus, films—only become great when they are challenged and tested. In academia, peer review is the process by which professors are evaluated by others in their field. I like to think of the Braintrust as Pixar's version of peer review, a forum that ensures we raise our game—not by being prescriptive but by offering candor and deep analysis

...the term we use to describe this kind of constructive criticism is “good notes.” A good note says what is wrong, what is missing, what isn't clear, what makes no sense. A good note is offered at a timely moment, not too late to fix the problem.

Why is this important for creativity?

After Pixar and Disney merged, Catmull visited the Disney headquarters in Burbank and was alarmed to see that all employee's desks were clean and tidy, devoid of any personalised items that showed who they are as individual people.

“As we headed up the stairs into the heart of the building, I turned and asked Chris directly why it was that people in such a creative environment didn’t personalize any part of their work areas. Was there a policy against it? The place looked, I said, as if no one spent any time there. At this point, Chris stopped and faced me. In anticipation of my arrival, he confided, everybody had been told to clean off their desks in order to make “a good first impression... For me, the alarming thing wasn’t the lack of tchotchkes. It was the pervasive sense of alienation and fear that the total lack of individuality represented. There seemed to be undue emphasis put on preventing errors; even when it came to something as small as office decor, no one dared to put themselves out there, or to make a mistake.”

To tackle this, Catmull literally reworked the culture from the ground up, redesigning the office environment to increase interaction between junior and senior staff.